Kinshasa may have found an answer to its traffic problems – robots. So far the DR Congo’s capital has two eight-foot talking androids directing drivers and pedestrians, and the engineer behind the machines is eyeing the global market.

$15K (USD) for giant robots that direct traffic, all the while sending image capture to a data center, which can potentially be used for prosecution for revenue generation. Sounds like the grim future.

Over the last half-year, Google has quietly acquired seven technology companies in an effort to create a new generation of robots. And the engineer heading the effort is Andy Rubin, the man who built Google’s Android software into the world’s dominant force in smartphones.

Among the companies are Schaft, a small team of Japanese roboticists who recently left Tokyo University to develop a humanoid robot, and Industrial Perception, a start-up here that has developed computer vision systems and robot arms for loading and unloading trucks. Also acquired were Meka and Redwood Robotics, makers of humanoid robots and robot arms in San Francisco, and Bot & Dolly, a maker of robotic camera systems that were recently used to create special effects in the movie “Gravity.” A related firm, Autofuss, which focuses on advertising and design, and Holomni, a small design firm that makes high-tech wheels, were acquired as well.

The seven companies are capable of creating technologies needed to build a mobile, dexterous robot. Mr. Rubin said he was pursuing additional acquisitions.

While Google has not detailed its long-term robotics plans, Mr. Rubin said that there were both manufacturing and logistics markets that were not being served by today’s robotic technologies, and that they were clear opportunities.

This is not the first time that Google has strayed beyond the typical confines of a tech company. It has already shaken up the world’s automobile companies with its robot car project. Google has not yet publicly stated whether it intends to sell its own vehicles or become a supplier to other manufacturers. Speculation about Google’s intentions has stretched from fleets of robotic taxis moving people in urban areas to automated delivery systems.

Another is the issue of jobs, and what happens to the people working in positions that could be replaced by robots. Many of those jobs, especially in the home care and service industries, are low-paying positions. What kinds of employment can they seek if they’re replaced by an automaton?
"Is Google concerned? I don’t know. Anybody in this business has to be concerned," said Bajcsy. "My answer is education, education."

via Google Puts Money on Robots, Using the Man Behind Android – New York Times and Google and robots: The future just got a lot closer | Internet & Media – CNET News. 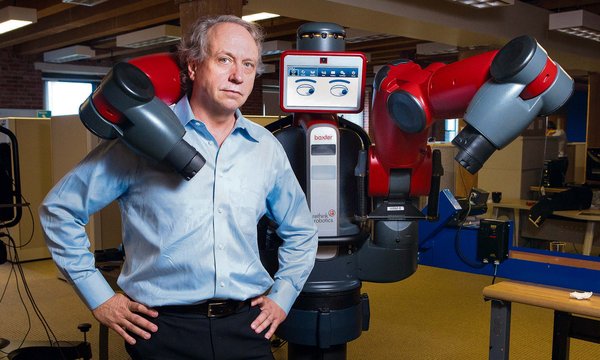