Uber on Tuesday announced the immediate firing of Anthony Levandowski, one of the leaders of its self-driving car efforts, amid a lawsuit accusing it of using data allegedly stolen from Alphabet’s Waymo unit.

Levandowski has remained silent, refusing to cooperate with either Uber or a federal judge, choosing instead to invoke his Fifth Amendment rights.

Apple’s own self-driving efforts have been largely kept in the dark. The company has started public testing using modified Lexus RX450h SUVs, but it remains unknown if the company intends to partner with an existing automaker or design its own vehicle. That decision could happen by the end of 2017.

“This incident was due to human error,” the statement read. “This is why we believe so much in making the roads safer by building self-driving Ubers. This vehicle was not part of the pilot and was not carrying customers. The driver involved has been suspended while we continue to investigate.”

State regulators said Wednesday afternoon that Uber must stop the self-driving car service until it receives a permit from the state. 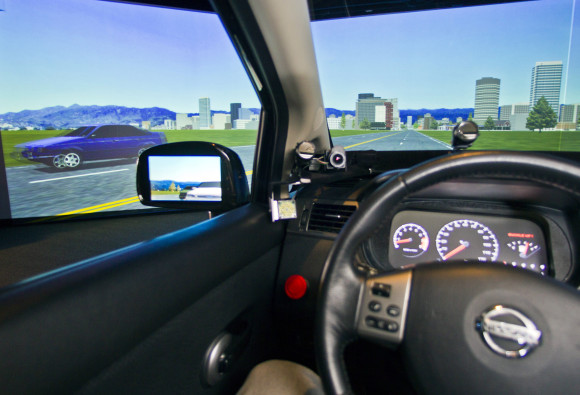 In surveying senior U.S. insurance executives whose companies, in aggregate, account for almost $85 billion in personal and commercial auto premium, KPMG found skepticism about the potential transformation autonomous vehicles will bring in the near-term.

According to KPMG, few carriers have taken action—not due to doubts about the possible ramifications, but rather because most believe the change will happen far into the future, if at all. In fact, 84 percent of executives don’t expect autonomous vehicles to have a significant impact on their business until 2025, while 42 percent expect a significant impact in six to 10 years.

Albright said new technologies making cars safer are impacting underwriting practices, claim frequency and severity as well as auto premiums. “To remain relevant in the future, insurers must evaluate their exposure and make necessary adjustments to their business models, corporate strategy and operations,” he said.

“As the trend towards car-sharing proliferates and mobility-on-demand companies like Uber and Lyft become more popular, commercial lines likely will take a larger share of the automobile insurance pie,” said Alex Bell, a managing director in KPMG’s CIO Advisory practice. “The share of the personal auto insurance sector will likely continue to shrink as the potential liability of the software developer and manufacturer increases. At the same time, losses covered by products liability policies are likely to increase given that the sophisticated technology that underpins autonomous vehicles will also need to be insured.”

“The potential reduction in car ownership and decreased demand for personal auto insurance could lead to financial stress for less-diversified carriers, triggering consolidation in the insurance industry,” said Joe Schneider, a director at KPMG Corporate Finance LLC. “Assuming consumers demand lower premiums to reflect fewer accidents, there is the possibility of frenzied competition as firms attempt to maintain premium volume to cover operational expenses and market share. This irrational pricing behavior could result in a dangerous downward underwriting spiral for the broader industry.”

Platooning in the U.S. still four to five years out

A “fail safe” condition would be cutting vehicle acceleration and bringing it to a controlled stop alongside the roadway, Gosbee said.

Another issue is that for every truck, there are six to eight trailers that don’t support autonomous hookups, Gosbee said. So an aging fleet of trailers would also have to be modernized over time.

There are also other complex problems to solve, such as controlling sudden movements of lead trucks. For example, imagine the lead truck in a platoon decides to swerve around an obstacle. The trailing trucks will also get the same message to swerve, but they may have obstacles around them at the time that prevent them from also swerving.

via A fleet of self-driving trucks rumbles across Europe | Computerworld. 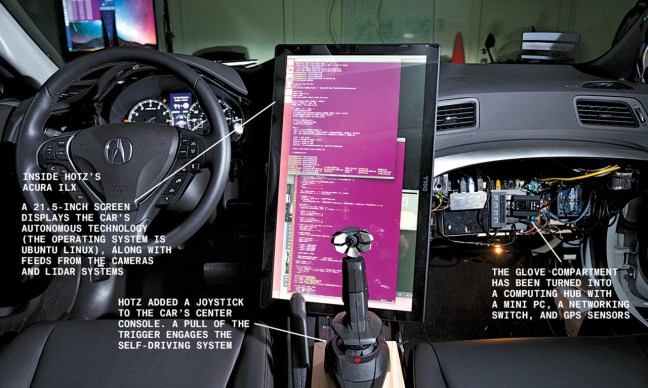 Quanergy Systems, Inc. will introduce in early 2016 the world’s first solid state LiDAR (Light Detection and Ranging) sensor for self-driving cars for less than $1,000 per car, it was announced today at the Los Angeles Auto Show’s Connected Car Expo.

Earlier this week, one of its cars was driving on the El Camino Real, a road with a speed limit of 35 mph. A police officer noticed that traffic was backing up on the road, caught up to the vehicle causing the jam, and realized it was one of Google’s koala-shaped cars, driving at a leisurely 24 mph. According to a blog post from the Mountain View Police Department, the officer wasn’t looking to give anyone (or anything) a ticket, but made contact with the car’s operators to learn more about how the car determines its speeds on certain roads—and to point out the dangers of impeding the regular flow of traffic.

via What happens when a self-driving car gets pulled over by a cop? Nothing – Quartz.

The results are interesting, if predictable. In general, people are comfortable with the idea that self-driving vehicles should be programmed to minimize the death toll.

And therein lies the paradox. People are in favor of cars that sacrifice the occupant to save other lives—as long they don’t have to drive one themselves.

via Why Self-Driving Cars Must Be Programmed to Kill | MIT Technology Review. 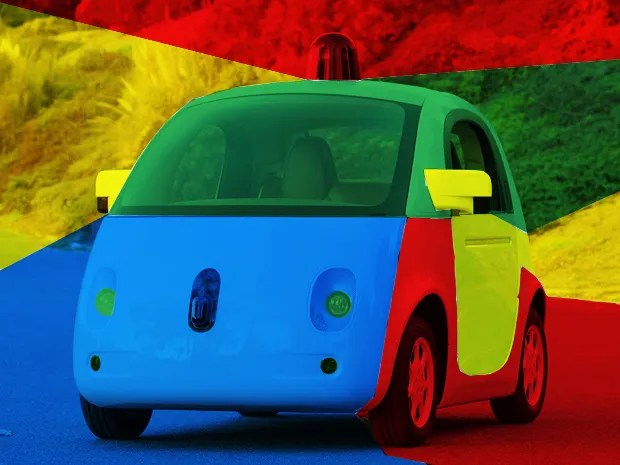 "L.A. city government has a monopoly," he said, "but it has really crappy products."

Garcetti also talked about driverless cars as a way to alleviate traffic, and about how to create neighborhoods that would be optimally designed for them.

“I would love to find a neighborhood, and be the first big city in the world to have a driverless car neighborhood,” Garcetti said.

L.A. “could be the first place really in an urban center where we have autonomous vehicles that are able to be ordered up [like] a car service, right away in a real neighborhood, not just in a protected area.”

“While we’re building out this rail network, we simultaneously should be looking at, I think, bus rapid transit lanes, not because BRTs are [good]—of course they’ve been proven successful—but because autonomous vehicles are going to be here,” he said. “How do you spend billions of dollars on fixed rail, when we might not own cars in this city in a decade or a decade and a half?”

That’s not empty talk: Garcetti says the city is working with UCLA to develop a neighborhood for driverless vehicles, perhaps around the university in Westwood. He’s also working [with Xerox] to manage such a driverless network, as well as more traditional manned vehicles from bus down to bicycle.

“Now through a single app, I could order a taxi, an Uber, a Lyft, a Sidecar; I could get on the bus, I could get on the rail, I could take out a shared bike, I could get a shared car like a Zipcar or something like that. And you never have to stress out anymore about how you’re going to get some place. You know you have the options…. And maybe the city makes a small transaction fee off of that, or MTA, so it’s actually in our interest to build that and then share that open-source again with the rest of the world.”

Other sessions of note at CityLab 2014
– What’s Mine is Yours? The New Dynamics of the Sharing City
– Case study: Rethinking Resilience in a Post-Sandy World
– Wheels of Change: What’s Driving the Future of Urban Mobility?

via L.A. Mayor Eric Garcetti: We Will Be the First City to Do Autonomous Vehicles Right – CityLab.