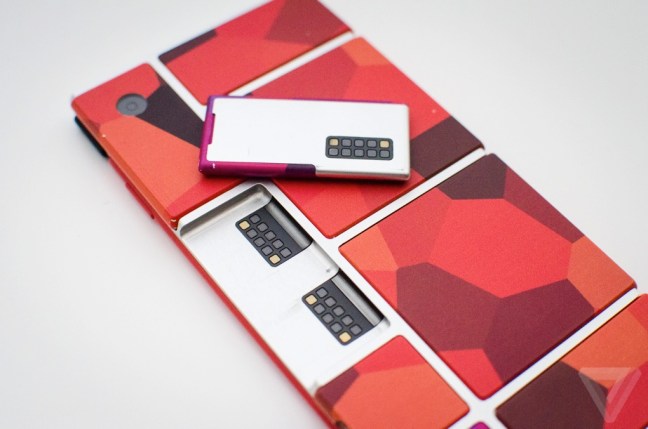 The broad outlines of Project Ara have already been announced and had plenty of doubt cast on them. It’s an attempt to encourage hardware manufacturers to build modules that will slot into a metal "endoskeleton," which serves as the basic core of a phone. The camera, screen, and any other feature that you’d traditionally associate with a smartphone would exist only as a modular tile — even the processor and the power jack would be removable.

But first, you should know that Project Ara is not, technically, a phone. It’s not even that accurate to call it a project. It’s more like a mission. The end goal for ATAP is to hand off a viable product and stewardship of a hardware ecosystem to Google — Eremenko and his small team aren’t just building a series of proof-of-concept prototypes; they’re attempting to build an industry within an industry.

One of the goals is to “democratize the hardware ecosystem, break it wide open, basically disintermediate the OEMs,” Eremenko says, “so that component developers can now have privy with the consumer.”

via Building blocks: how Project Ara is reinventing the smartphone | The Verge.