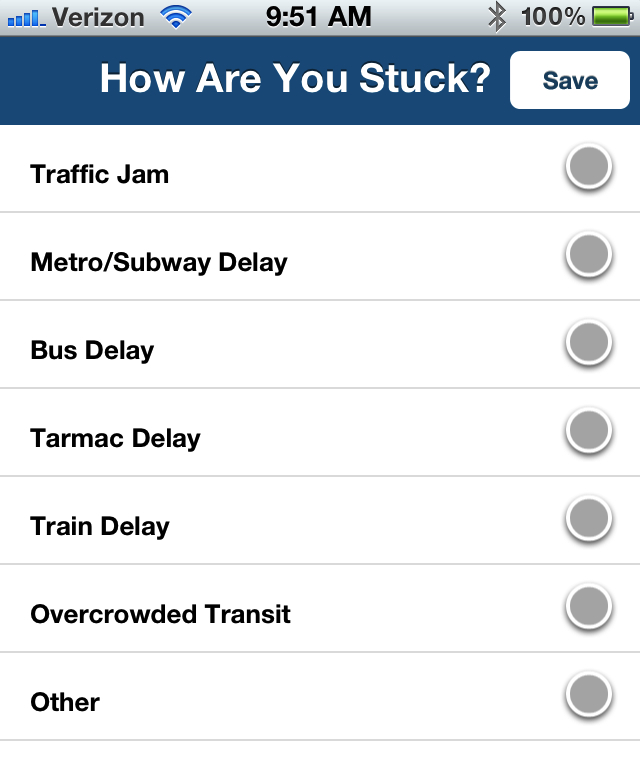 The I’m Stuck app, from infrastructure advocacy group Building America’s Future, is designed to give commuters a platform to let public officials know when their infrastructure is failing them. It’s a new twist on an old planning strategy of counting the number of riders and drivers who use a particular route. But instead of sending that data to planners, I’m Stuck goes directly to the folks who decide whether a project is built or a service is expanded.

“Usually commuters think traffic is like weather — it is something that happens to them and they have no control over it,” former Pennsylvania governor Ed Rendell, now co-chair of Building America’s Future, said in a statement. “The policies we put in place, or the lack of a coherent long-term infrastructure plan, directly impacts the daily experience of Americans trying to get around their communities.”

via Lousy Commute? Use This App to Let Your Elected Officials Know | Autopia | Wired.com.