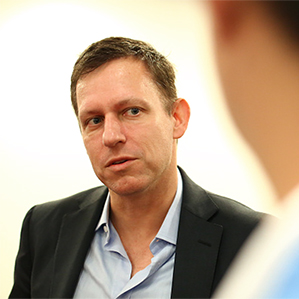 One of the very unusual things they do is graft human cancer into the mice. It’s a somewhat more expensive way to do this than studying cancer in cell culture. It’s a somewhat harder structure to build. But drugs tested this way are much more likely to work in humans. They convinced me there is a surprising amount that has gone wrong with the cancer cell lines people have been studying. This framework of getting rid of probabilistic contingencies leads us to think it is quite a valuable company and is quite an unusual company. It runs counter to so much of the culture of the way biotech gets done.

Stemcentrx actually makes its own drugs. It does everything itself. But you also invest in Emerald Therapeutics, which has a “lab in my butt” where anyone can outsource scientific projects. Is there a contradiction there?

There are many experiments you can outsource. But if you are trying to build an end-to-end next-generation pharma company, then actually doing a lot of these things internally is correct. The ability to do complex coӧrdination of different pieces of a business and make them work together is a very underrated entrepreneurial skill. I think that is what Elon Musk has done really well at Tesla, doing end-to-end car assembly, and owning all the stages of the process. This turns out to be really critical. Some other electric car competitors outsourced key components and then the people they relied on ended up being unreliable or failing.