I’m behind on blogging already; this does not bode well for the next few weeks.

Got on the flight from Seattle (SEA) to Narita, Japan (NRT) without a hitch.  They’ve been having weight issues on this flight for the past few weeks, but everyone (including people who had been waiting 3-4 days) got on.  w00t.  Also, unlimited free alcohol for international flights?  I’m not so sure about this.  Also, I’m glad there is still food on 13-hour flights.

13 or so hours later, we were in Japan, land of the fancy toilets and numerous vending machines.  I don’t think the vending machines are actually that particular, but… I can imagine them to be. Anyway, the toilets squirt your butt!  With water, to clean it!  They also play flushing sounds to cover up other sounds you might create, and they have a built-in deodorizer.  There were also squat toilets, but they were super clean and expectation defying. Even the sinks were well-designed in the airport bathrooms.

In Narita, we met these other nice people (Tim and Molly) who were also headed to Taiwan — also students studying in the US.  This began my long chain of saying “EVERYONE IS SO NICE” every time we talk to anyone about anything. 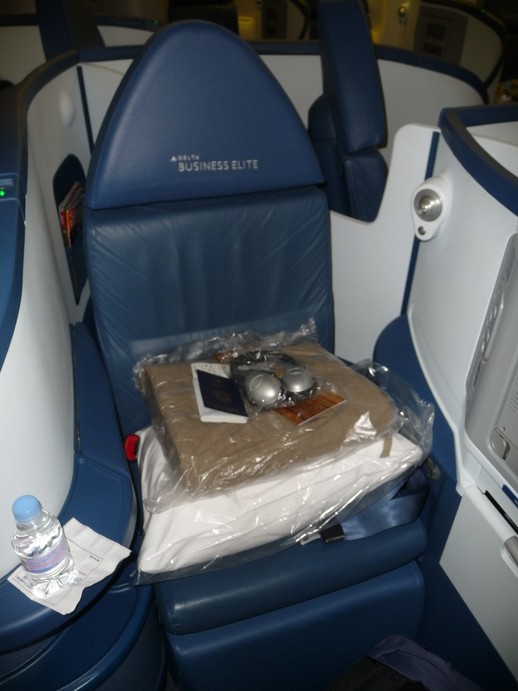 We all got first-class seats on our flight to Taipei, Taiwan (TPE), and they had very interesting pods for seats.  They reminded me of the chairs at the dentist’s office where the dentist could put you in different positions, except this time you’re in control, there’s no fear of getting shots of anesthesia, and there’s a television.  They handed out Chinese newspapers on the flight, and I spent a good hour puzzling over the articles, trying to make sense of any of it.  The most comprehensible part of it was the political campaigns.

We’re now staying at the International House of Taipei, which is a boarding house for international students studying Chinese. This translates to everyone being able to speak English, which makes the language barrier less awkward for us. Yay!