Day 1 (June 15, 2014)
Berkeley has an awesome hydroponics store! Turns out, getting started with hydroponics is really easy. Buying and planting everything took Eric and me just a few hours. See the end for a build of materials and a comparison with soil! 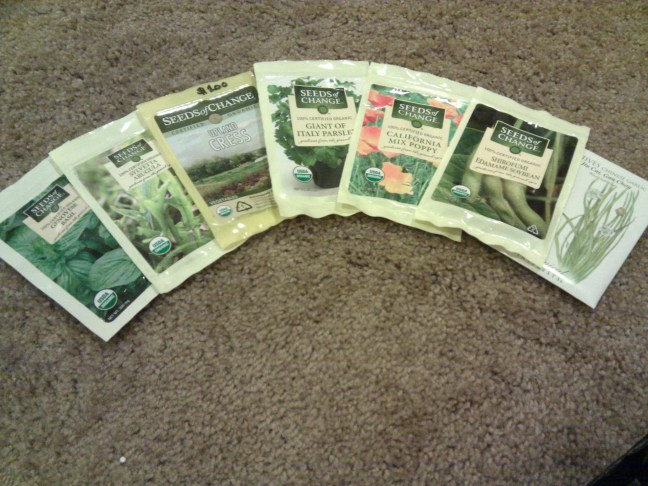 On the menu are: arugula, basil, California poppy (I guess I won’t eat these..), (chinese) garlic chives, parsley, soy bean, and watercress! 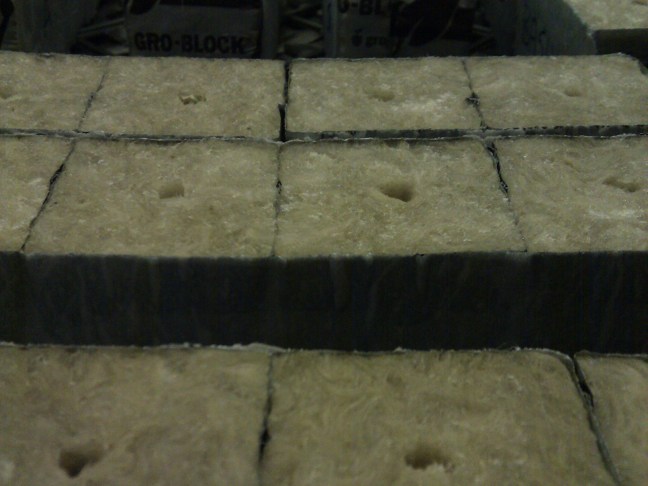 45 little plots for my own little farm. 🙂 These modular “grow blocks” are a synthetic material from molten rock in which the plants take root. 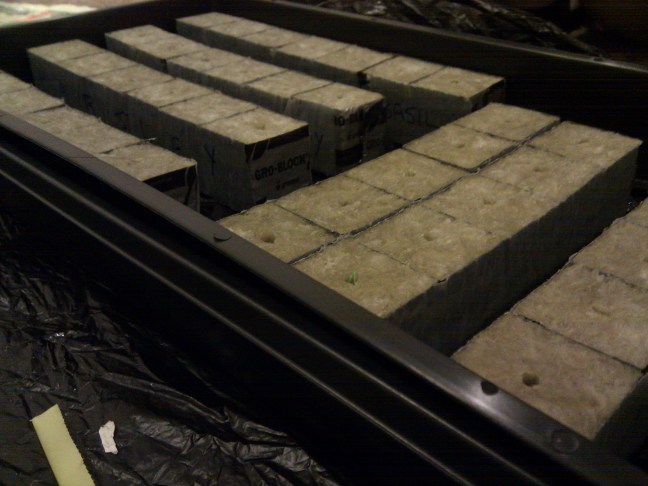 I had pre-germinated the garlic chives, so they get a head start of a week or two (hard to see, but you can see one sprout if you zoom in!). 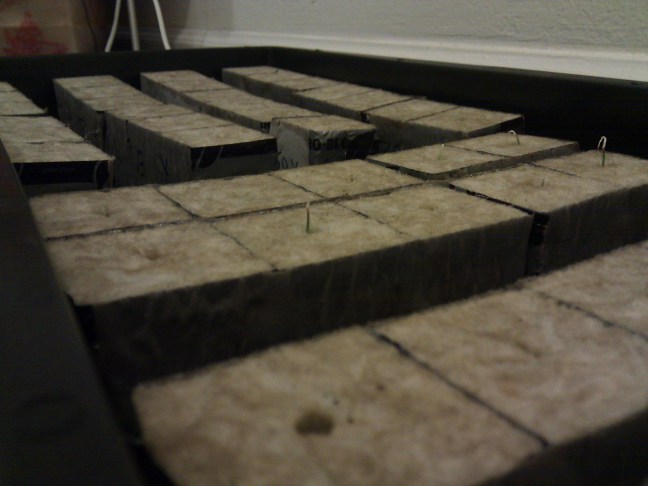 Both are spec’ed for about 6 months of growing for 7 types of plants (45 individual plants via hydroponics, probably fewer than that for soil due to space) and with no consideration for permanent planters or automation. So the material costs can be comparable at the early stages at least. However, hydroponics should save significantly on the water bill.