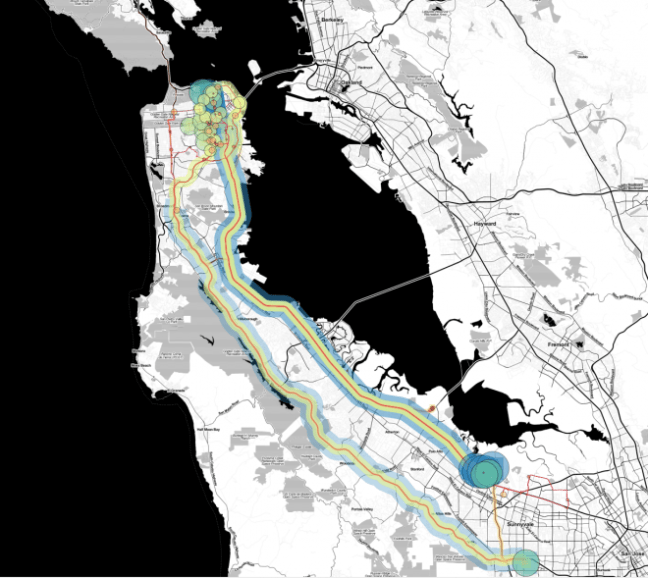 Last year, my colleagues at Stamen and I used a grant from the ZERO1 Biennial in San Jose (with the support of the James Irvine Foundation) to follow the corporate commuter shuttles around San Francisco, count people getting on and off them, and collate and combine their reports into a map of the area’s clandestine private transportation network.

Once we realized how easy it was to tell who was getting on the shuttles and how easy it was to find out where they were (using Foursquare), we hatched the idea of using the project commission to hire people (using TaskRabbit) to do the same all over the city. We also hired bike messengers to follow the shuttles and construct the routes they took, and asked them to use our Field Papers project to document the results on paper, since a lot of the stops are in areas you don’t necessarily want to be standing in with a laptop for several hours.